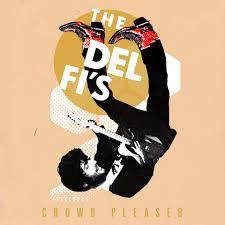 Okay, maybe we should try this again. Jerry Leger is a Toronto singer/songwriter, and one of the best in the world, as far as I’m concerned. If you haven’t heard him, you have no right to be one of these people constantly moaning about how music was so much better when people actually played instruments, blah, blah, blah.

Jerry loves Bob Dylan, Neil Young and John Lennon. Sometimes it sounds as though all three are fighting for space in his songs. But those songs are his own, the product of a natural born storyteller with a sense of rhythm that would make Little Richard’s big toe shoot up in his boot.

Jerry’s songs hit deep in your soul, but he also often loves just making music with folks just to flex some of his old time rock and roll muscles, and explore some of the paths his songwriting normally doesn’t take. That’s kinda where The Del Fi’s come in.

It’s rock and roll that we all care about right? I’m sure you wouldn’t still be reading this if you didn’t agree. So I guess that does make you a Del Fi. Welcome aboard and grab an instrument, we’ve got a show to do.