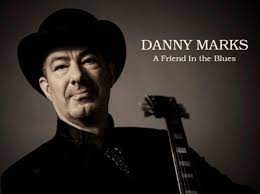 This iconic rocker’s roots go back to the sixties as a founding member of Capitol Records’ group, Edward Bear. After a span as a journey man session musician throughout the seventies, Danny settled in to the club scene, establishing a cult following as a genre bender in music and humor.

A house band gig at Toronto’s famed Albert’s Hall led him to host his own nation-wide TV show, Stormy Monday. Through the eighties, Danny starred in CBC radio’s hit series the Hum Line.

Danny’s in his thirteenth year as the radio host of JAZZ.FM91’s Saturday night blues show, bluz.fm.

As a child, young Danny would lock himself in his room with a stack of 45’s, an old Seabreeze record player, and a fantasy of having his own radio show. More than a few years later this pre-pubescent propensity paid off.