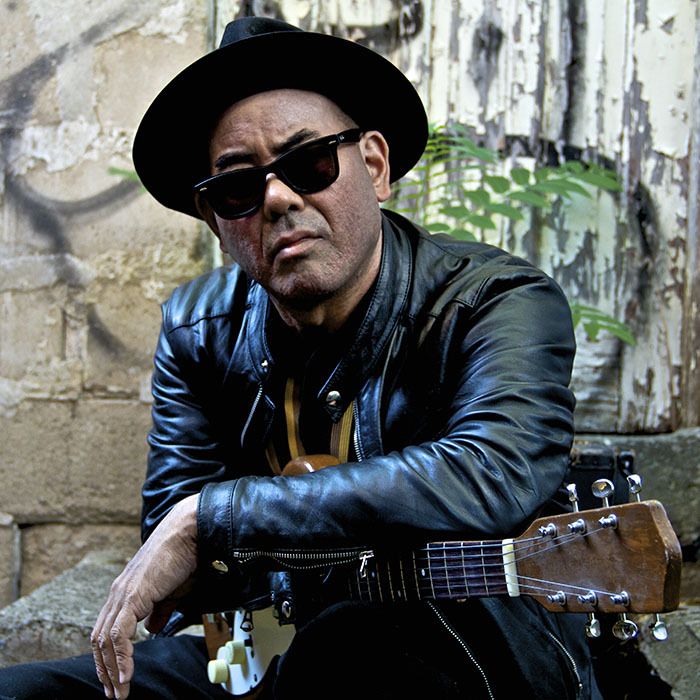 There is something to be said about the dedication, ambition, and determination of a scholar; the drive to be the best and to offer his best work on whatever project is presented. Enter Sugar Brown, aka Dr. Ken Kawashima, PhD. Kawashima is a scholar and professor of East Asian history, as well as a scholar of music. His chosen musical endeavour is classic blues music and a concerted effort to record and preserve the unmistakable Chicago blues sound that harkens back to Chess Record’s famous releases. Sugar Brown’s two album releases have stunned listeners and reviewers around the world, with his ease and force in playing and singing blues. He quickly earned recognition for his classic style and raucous performances from the media and festival bookers coast-to-coast. Recently, Sugar Brown’s repertoire has morphed beyond Chicago blues and into a more chaotic and wild space shared by the Texas blues of Lightnin’ Hopkins and Frankie Lee Sims, as well as the trancelike blues of northern Mississippi’s R.L. Burnside. Sugar Brown’s highly developed song writing, guitar prowess and vocals reveal his many diverse grooves, shades, and styles. Sugar Brown’s blues is sweet, dark, inconsolable, raw, and wild.