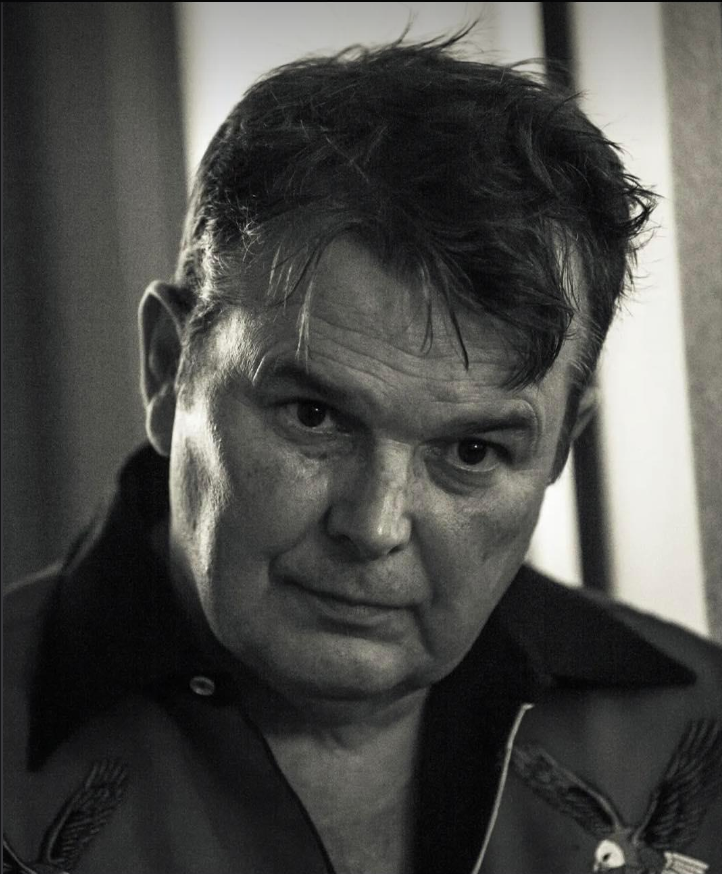 Born in Halifax, Nova Scotia — but raised in Toronto — Bazil “Baz” Donovan gained fame as the longtime bassist for Blue Rodeo. Though traditionally associated with country music (especially hardcore old-time country classics), he is adept at every genre he attempts. He first picked up a guitar at nine and the bass at 13, and started playing professionally at 17. His first group — composed of friends from high school — was a covers band called Demons. His first touring gig was the All-Star Bar Band, a country covers outfit that Donovan describes as “a human jukebox.” In 1980, Donovan joined the Sharks (a new wave-funk combo) with Blue Rodeo’s original drummer Cleave Anderson, David Baxter, and vocalist Sherry Kean, before joining up with two Toronto groups, Strike One (a reggae-ska band) and Scab (a punk outfit).
In 1984, Donovan answered the now-famous ad in NOW magazine that read, “If you’ve dropped acid at least 20 times, lost 3 or 4 years to booze and are looking good and can still manage to keep time, call Jim or Greg.” At a friend’s suggestion, Donovan answered the ad, leaving a message with Jim’s wife, Rena. By serendipity, Greg Keelor, Jim Cuddy, and Donovan’s old friend Cleave Anderson (who had just joined the band) were sitting around the Bamboo discussing who they could get for bass. Since they all knew one another from the circuit, Donovan’s name came up and Cuddy recalled seeing his name in response to the ad. The threesome called from the restaurant and Donovan was rehearsing with Blue Rodeo the next day. Their first gig came six months later at Toronto’s Rivoli.
Donovan has continued to play with other artists despite remaining one of the three founding members of Blue Rodeo, playing with artists like Oh Susanna (co-writing two songs on her Sleepy Little Sailor album) and Justin Rutledge. His unique relationship with Greg Keelor is chronicled in the song, “Me & Baz” on Blue Rodeo’s Tremolo album. His predilection toward country music is ironic in that, in his own words, “I did not love country music (when I started playing it) — it was my parents’ music — but I had my Jimi Hendrix and King Crimson records at home to rock my world.” Bazil Donovan’s ability to pick up a guitar and bass and launch into a song from any genre — he performs an impromptu version of Randy Travis’ “Diggin’ Up Bones” on Blue Rodeo’s 2008 documentary, Blue Road — is what makes him the ultimate musician’s musician. He can play with any artists and make whatever style of music they may be delving into literally “rock.”
Donovan’s “solo” country career actually began when he was still in high school, playing on the country music circuit in Toronto. At the time, his girlfriend was a singer who was performing to make extra money to put herself through school. One night at one of her gigs, the band’s bassist — who was also an ambulance driver — got an emergency call just as the gig was starting. Donovan filled in for what became the first of many shows — soon after, he was working Queen Street regularly: three weeks at the Winchester Hotel, two weeks at the Claremont Tavern, a month at the Drake Hotel, and a month at the Parkdale Tavern. Eventually, for matinee shows, lead vocalists wouldn’t show up because of hangovers and Donovan began singing the cover songs, leading him to title his first solo album Matinee (a set of his best-loved cover versions).