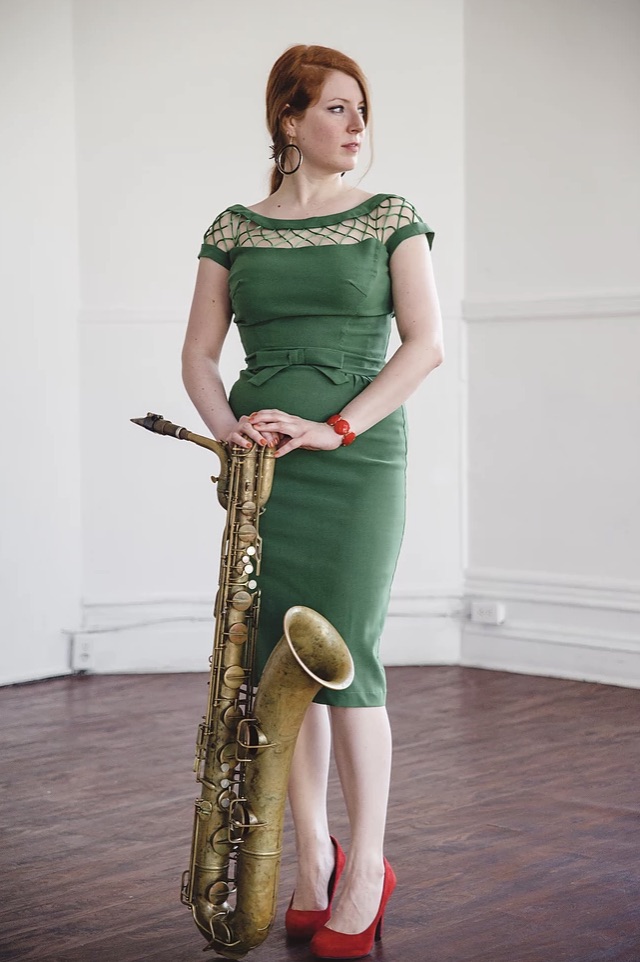 Alison Young is born and raised in Ottawa, JUNO nominated saxophonist and composer Alison Young discovered jazz at an early age, gravitating towards the exuberance of Sonny Rollins and Cannonball Adderley, who continue to influence her to this day. She began playing professionally as a teenager, developing an affinity for soul and R&B as well as jazz. Since moving to Toronto in the early 2000s to study music at the University of Toronto, Alison has been an active presence on the Toronto jazz scene. She has toured across North America, Europe, South America, the Caribbean, and Asia with Joe Sealy, the Heillig Manoeuvre, Alysha Brilla, Big Rude Jake, Johnny Reid, and the Shuffle Demons, and has appeared on over 40 recordings. The Alison Young Quintet’s debut album, ‘So Here We Are’, was released in November of 2018, and was nominated for a 2019 JUNO in the Solo Jazz Instrumental Album of the Year category.